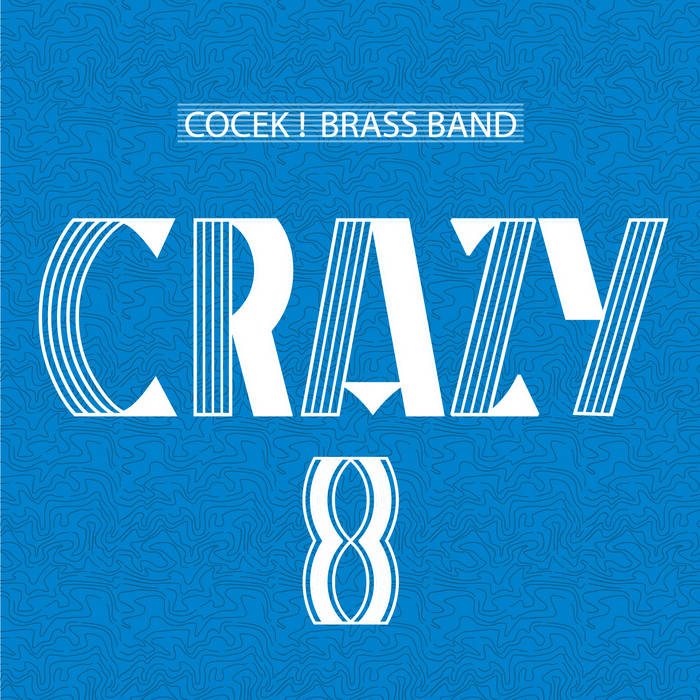 Each month in 2018 Cocek! Brass Band is releasing a new song with different artist and musician collaborations. For September they brought in Bobby Spellman on trumpet and Emily Pecoraro on soprano sax.

Spin around in circles while the track plays on your speakers and by golly, you've got it!

"When Sam asked us to collaborate on a Cocek track, I was immediately invigorated by the boundless potential of such a meeting. Sam is an excellent writer, and Cocek's music is inspiring in the way that it will continually draw on the distinctive tonal color of the Balkan Brass tradition all the while maintaining a unique, identifiable, and contemporary character. Sammy D conjured a real GRAMMY® winner with this one, and it was a lot of fun to try to lend our own musical personalities to the harmonic colors and the melodic twists and turns of the piece. Plus, it was a blast trying to hit that wild opening line with the rest of the band. The Cocek/Dingonek connection has gone back many years to our days in Boston, when the Dingonek's prior incarnation maintained a year-long Monday night residency at the Middle East Corner. The two bands brought a buzz to Boston building a bunch of buoyant brass-based bills at the legendary club, and we've been blessed to share the stage many times since then. It's always great to see what new creative heights Sam and the gang continue to reach with their particular stylistic foundation and compact instrumentation, and we were thrilled to be able to contribute to this soon-to-be modern classic, 'Crazy 8.'"

"Cocek is SUCH a great band - I’ve been playing with Sam (and all these guys!) in many different musical contexts for years now, and it’s been so cool to see how this band serves as a compositional voice for him and his conception of Balkan music. As a seasoned veteran of the Reggae community, there’s undoubtedly a hint of that aesthetic in his music too, and what you get as an outcome is serious party vibes plus extreme musical prowess!

Recording music when no one lives in the same city is something that I find so cool, especially as a guest in the process - you can blow as many solos as you’d like until you feel like you’ve said what you meant to, and it also becomes something of a group effort: Something like, “I loved the energy of that last take but I liked the melodies you played on this one!” The pressure to execute the parts perfectly every single time is taken out of the recording session, and you can stretch out a little. And helping to realize the artistic vision of the bandleader — especially when that person is a dear friend — is something about Music that I really love."
____________________________________________________________

Widely regarded as the Victor Frankenstein of jazz trumpet, Bobby Spellman is known for his inventive compositions and improvisations that serve to integrate and reanimate a multiplicity of disparate musical styles. A Boston native, Bobby is currently based in Brooklyn, NY, where he leads the Afrobeat-influenced brass outfit Dingonek Street Band, his "Revenge of the Cool" Nonet, and the Voodoo Club, a spooky avant-fusion combo. In addition to leading his own groups, Bobby has played trumpet with Motown legends the Temptations and the Four Tops, acclaimed Boston jazz group the Either/Orchestra, Charlie Kohlhase's Explorer's Club, Ithaca-based Afrobeat outfit Big Mean Sound Machine, and he has had the pleasure of subbing for Sam Dechenne in reggae powerhouse John Brown's Body. Bobby was formally trained in philosophy before receiving a master's degree in jazz trumpet from New England Conservatory, where he spent much of his energy experimenting with theoretical concepts based on George Russell's Lydian Chromatic Concept of Tonal Organization.

Brooklyn-based multiple woodwind instrumentalist Emily Pecoraro is known for her participation in divergent ventures across the musical spectrum. She has performed on Broadway shows as well as with several nationally touring Broadway musicals, and is currently an orchestra member for the world-famous Radio City Music Hall Christmas Spectacular featuring the Rockettes.

With a creative output embracing both groove-based and classical music, Emily has performed and recorded with Jazz, Classical, Funk, Reggae, Afrobeat, and Avant-garde groups including The Temptations featuring Motown legend Dennis Edwards, The Four Tops, The Manhattan Symphonie, The Brooklyn Wind Symphony, The Ed Palermo Big Band, Dingonek Street Band, Big Mean Sound Machine, and Giant Panda Guerilla Dub Squad. Emily is the leader and composer for EMPECTET, a Chamber Jazz group based in New York City. In addition to composing for her own projects, Emily is the artistic director and curator of the Avant-garde and Third Stream chamber music concert series, The Variousound Sessions, “a Forward-Thinking Concert Series" with a monthly residency at Pine Box Rock Shop in Bushwick, Brooklyn.